For over five years in a row, Stopanska banka AD – Skopje partners with the City of Skopje investing in the development of a biking culture through the #VoziPravoVoziZdravo campaigns as well through the donations of carefully selected urban equipment throughout the city.

This time, after months of intensive work on site at the Central city Park, the new pump-track, named TOPSI, is finalized and made available to the public.

This location now has a new modern look, filled with fun recreational content. The City of Skopje renovated the adjacent parking lot and invested in illumination, water fountain and the landscaping for the new project. 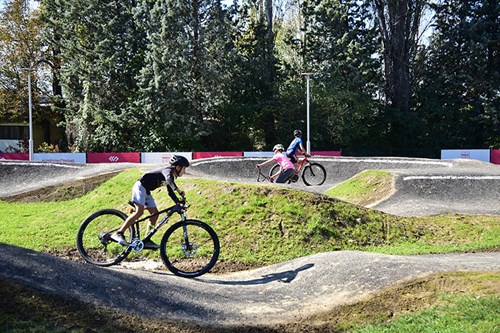 With the visit of the location, the CEO and BoD Members of Stopanska banka AD – Skopje together with the Mayor and the City Council members, promoted and launched the TOPSI Pump-track which provides opportunity for young generations to use their bikes more often for fun, challenges as well as a means of transportation. 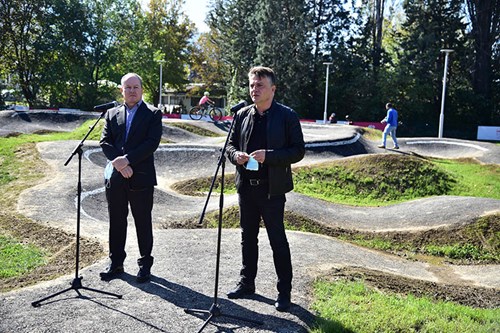 The CEO, Mr. Diomidis Nikoletopoulos expressed the satisfaction that the Brand of Stopanska banka AD - Skopje is becoming synonymous with community cooperation, with investments in improving the environment and with citizen activism. Thanks to the effort of all our employees, as a company we are proactive in changing together for the better. 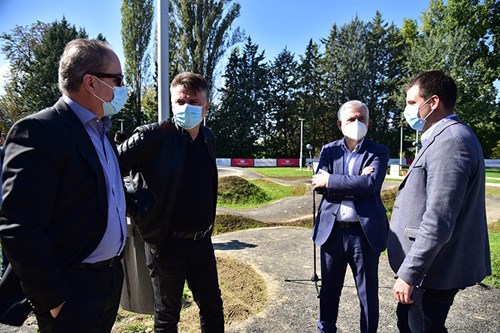 The citizen of Skopje are invited to visit the track, to enjoy and help preserve it and the surrounding content thus encouraging further donations of urban equipment of this type. 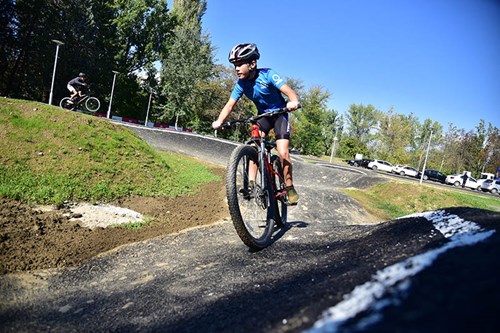