Stopanska banka AD – Skopje marks the groundbreaking of its new administrative building, the first one in its rich history

Stopanska banka AD – Skopje marks the groundbreaking of its new administrative building, the first one in its rich history

Today, with a formal ceremony, Stopanska banka AD – Skopje marked the beginning of the construction works for its new administrative building. As part of the urban landscape in the city’s center, the new modern building will provide ultimate work conditions for the Bank’s employees and its numerous clients.

Stopanska banka AD – Skopje, as part of the National Bank of Greece Group, has been achieving great results in its operation for years, which enables it to invest in a new, modern business facility that will continue the road to success. This is the first-of-its-kind building for the Bank since it was founded and thanks to the cooperation with a local construction company, the Bank’s team and its clients will get a new, contemporary space, fully adjusted to modern needs.

With their presence, a contribution to the ceremony has been made by the President of the Government of the Republic of North Macedonia, Mr. Dimitar Kovachevski, the Ambassador of the Hellenic Republic in North Macedonia Ms. Sophia Phillipidou, the Chief Executive Officer of the National Bank of Greece Group, Mr. Pavlos Milonas, the Executive Officer and Chairman of the Board of Directors of Stopanska banka AD – Skopje, Mr. Diomidis Nikoletopoulos and, high-profile guests from the National Bank of Greece, ministers, members of the Bank’s Board of Directors as well as other members of the managerial team and the employees.

On this occasion, the following statements were given:
“My presence here today is not only to participate in the groundbreaking ceremony but, importantly, also to deliver first-hand the message that the new Headquarter building marks the confidence of the NBG Group in the future of Stopanska Banka and in the country's prospects. We remain fully committed to support Stopanska Banka’s growth journey as the bank’s key shareholder for more than 20 years - always on the side of our colleagues in North Macedonia, realizing synergies across our operations and building bridges between our two countries.” - CEO of NBG Group, Mr. Pavlos Mylonas

“The new building also symbolizes a new era for the bank, something that will give new life and energy to all of us to continue with even better performance, assuring that the next day will find the bank bigger and stronger and always on the side of every household and corporation, supporting them to realize their plans and to achieve their goals and targets.” – CEO and Chairman of the Board of Directors at Stopanska banka, Mr. Diomidis Nikoletopoulos 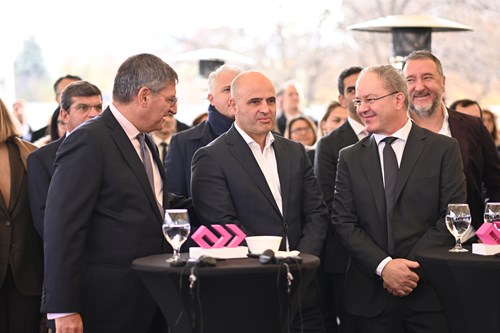 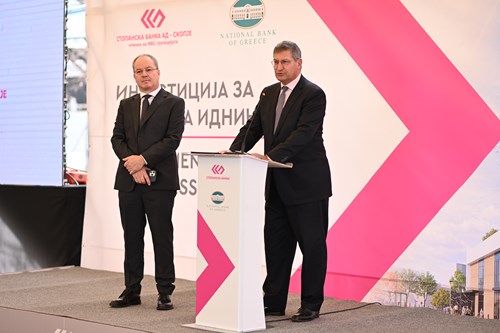 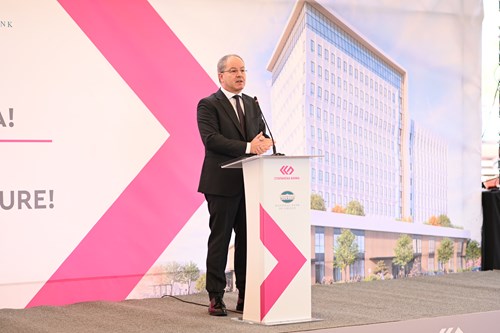 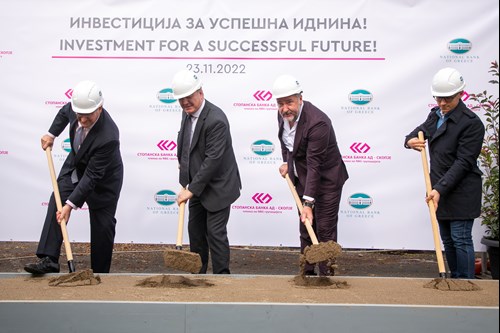 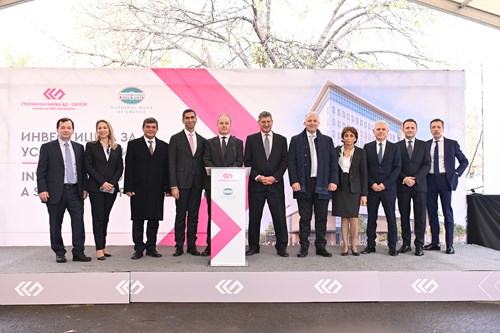 Information about the building:
The new home of the Bank’s employees and clients is expected to be completed in approximately 2 years. It is planned as an 11-story building filled with natural light and offering a comfortable working environment. On the ground floor there will be the central branch and a lot of dedicated spaces for other activities. On the upper floor, the employees will have at their disposal a spacious, green terrace that, aside from its great practical value, will give an additional architectural effect of the object. The floors are designed with agile design in mind, which enables flexibility and modularity, i.e. an opportunity to be adjusted according to the work of every organizational unit. Additional attention has been paid to the high energy efficiency of the building, enabling the Bank to help in saving the environment, now and in the future.

Stopanska banka AD – Skopje
On your side